Why I Moved to Pittsburgh

When my husband and I made the decision to leave Asheville, NC we didn’t know exactly where we were going to live next. Pittsburgh is my hometown and over the course of our relationship I had taken him with me on visits and to explore the city. He fell in love with the Cathedral of Learning and quickly began calling her Cathy, as the locals do. His next love was the Carnegie Science Center and of course the Pittsburgh skyline. He began researching its rich history and booming tech scene. After a trip to Primanti’s and Eat ‘N Park, he was smitten. Who can resist an abundance of deli meat and non-stop gravy?

We both were ready to leave the south but didn’t want to move beyond driving distance of most of our family and friends. Driving distance ruled out Seattle and the greater Pacific Northwest. I spent almost a decade in Seattle and if it weren’t for the distance, and the impending potentially devastating earthquake, I would move back in a heartbeat. We debated places to move to and Pittsburgh was the only location we could agree on that made the list. I grew up primarily in the South Hills of Pittsburgh and my husband spent the first 13 years of his life in Ohio. This area of the country is familiar to both of us and as previously mentioned, one of us was smitten with Pittsburgh already.

I never thought I would move back to Pittsburgh. Most of my family and friends live elsewhere now. 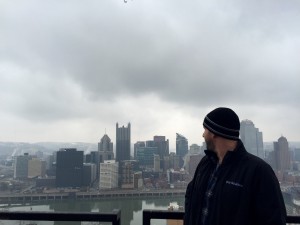 But, Pittsburgh truly has a little bit of everything. You can live well here, even on a modest income. We have universities, professional sports teams, museums, libraries, music venues, a symphony, and live performances. Plus, we have a booming food and craft beer scene, local markets, and the kind of good shopping you would expect from a large city. Most importantly, we have good, down to earth, hard working people who care about their city, their house, and their community. All of those things contributed to our decision to move here and gave us a solid foundation. I don’t know if we will stay here forever but we are committed to giving Pittsburgh a real chance to become our home.

January is Not My New Year

The Day I Stopped Eating Potatoes

My Year of Fire

January 1, 2018 | 16 Comments
This error message is only visible to WordPress admins

Please go to the Instagram Feed settings page to create a feed.