Nasty Woman: Is That What I Am?

Recently I’ve been taking a fresh look at the nasty woman movement. I have a “Nasty Woman” T-shirt. I embraced the cause of keeping Planned Parenthood funded, which the t-shirt campaign supported. I’ve been wearing it proudly for the past several months. I remember the moment Hillary Clinton was called a “nasty woman” during the Presidential debates of 2016. I gasped and my mouth fell open in disbelief. Debates are usually tense, sometimes personal, and always uncomfortable but that moment was truly one for the history books. 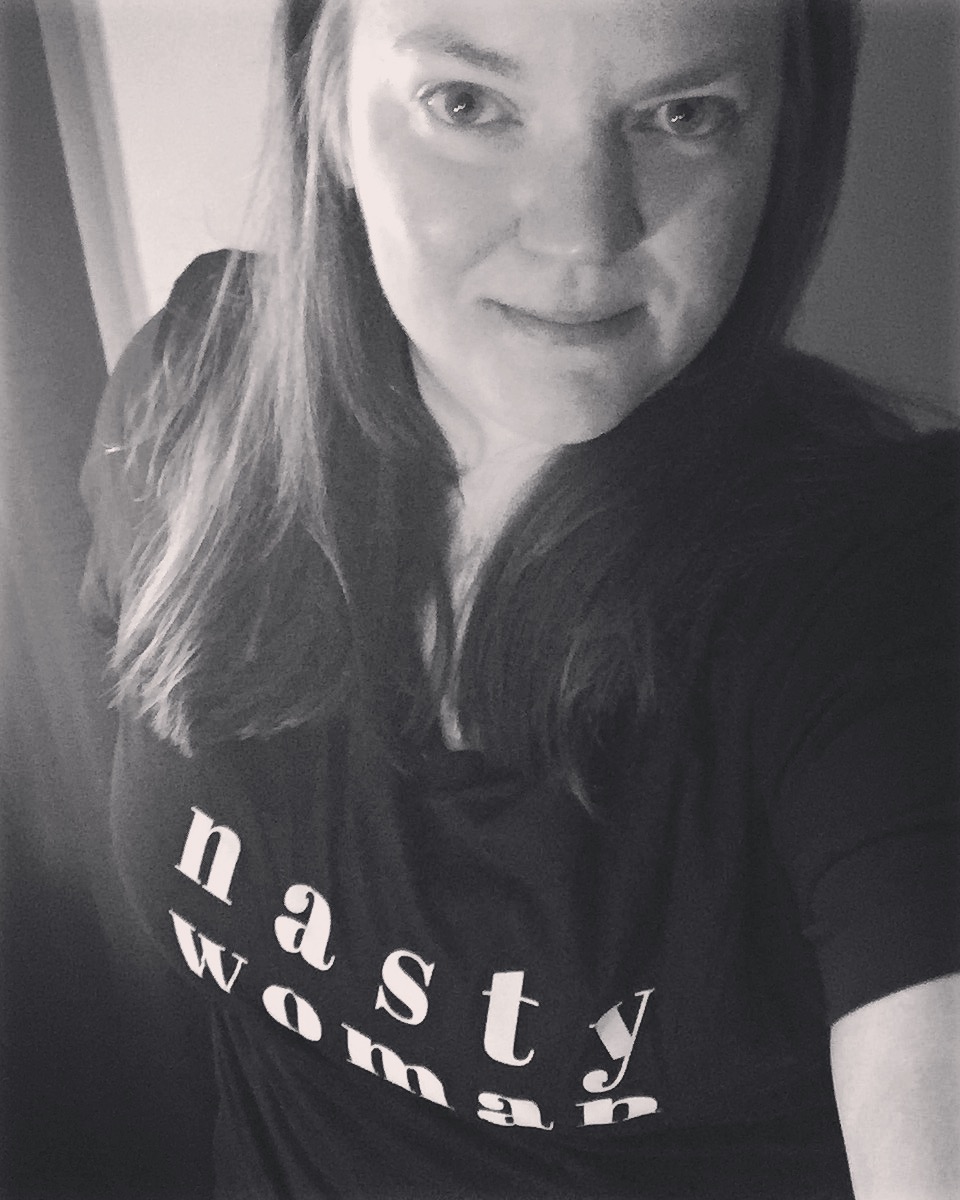 Like many women, I was outraged and still am. In response, women adopted this phrase delivered with vitriol and disrespect and turned it around to show that a “nasty woman” is smart, strong, sassy, and not afraid to speak her mind. (I’m looking at you Samantha Bee.) It was an empowering, we shall not be moved, kind of moment turned movement.

It’s been almost a year. And while so much has happened since that moment, the word nasty is still being thrown around to describe women who don’t behave the way men think they should. I’m not okay with that. This article from 2016 discusses what men mean when they call women nasty and the seriousness of what that can look like behind closed doors. Watching the way the Mayor of San Juan was treated on Twitter this weekend made me wonder why we are still embracing this word.

Women Are Not Nasty

I think it’s time that we start to think twice about describing ourselves as nasty, even if it’s meant to be an empowering word for us. Nasty is a really, well, nasty word. It means, “disgustingly filthy” and “physically repugnant” and “sharply unpleasant” and “mean”. When I read the definition of nasty in the dictionary, it didn’t make me think about women. Instead, it made me think, “This is not how I want to be thought of. This is not a word I want associated with me.” Women, we are so much better and so much more than this.

I want women to be revered, to be thought of with deep respect and admiration. I want women to revere themselves and each other. Women are strong, smart, beautiful, capable, compassionate, and resilient, among many, many, other things. I think we should define ourselves with words that capture that image of us and reflects how we want to be viewed. Not a word like nasty that was spewed out by a man in a moment of hate. Would I be walking around wearing a shirt that says “Ugly Whore” if that’s what the chosen phrase had been during the debate? I don’t think so.

I also think the nasty woman movement is encouraging division between women. Do the more conservative women in my life want to be empowered and treated with respect? I hope so. Will they wear a nasty woman t-shirt? No, I doubt it. In the “us vs. them” world we live in the nasty woman movement is associated with the liberal left, the Woman’s March on Washington, and the controversial organization Planned Parenthood. Rather than unifying us in spite of divisions such as political parties and religious affiliations, it’s actually another wedge between us. Can it be our rallying cry if so many women can’t hear it?

I think we should consider that using the phrase “nasty woman” to describe ourselves has had its day. I know it’s part of our history but it just might be time to move on. Not from our cause of empowering women, fighting for equality, and demanding respect, but from associating ourselves with such a degrading and disgraceful word that is dividing us from each other.

Where do we go from here? I’m not sure yet but I know together we can rise to the occasion and find a new word that represents all that we are.