It’s only natural to look back at a year as it reaches its end, but this year, taking some time to really reflect seems more important than usual. 2016 started with becoming engaged. It came as no surprise to most people, especially me. We already had reserved the venue and started some initial wedding plans. Shortly after we met we knew we would be married. Announcing an engagement was really just a formality and a great way to spend New Year’s Eve.

Early in the year we nailed down a few wedding details but our attention kept drifting to our home. We looked around our house and our town and we knew it wasn’t where we wanted to be. For the past year Adam and I discussed the possibility of finding a bigger house in a different neighborhood that would be more suitable for us. The more we thought about parts of Asheville we would consider living in, the more we started thinking about living somewhere else entirely. We made a list of cities to consider and our list remained blank, except for Pittsburgh.

So, we did a little bit of work on the house, explored Pittsburgh, found a place to rent, and finally put our house on the market in April. The first day it was on the market we received an offer. We packed up and moved to a rental in Pittsburgh, just like that. Our rental townhouse left a lot to be desired but it served its purpose for several months. Over weekends in the spring and summer we went to several open houses to get a feel of what the housing market in Pittsburgh was like and to help us determine what we were looking for. An unexpected, solid brick, cape cod, with a slate roof in a super cute neighborhood caught our eye. So we put in an offer and bought a house in Pittsburgh, just like that. 2016 had a little bit of a, “don’t just talk about it, do it,” theme to it that I hope continues into 2017. I’m proud of us for moving and not just talking about it for a few years. We are much happier in Pittsburgh and have no regrets about making the transition.

By the time we closed on the house it was late August and we were ready to settle in. With boxes still unpacked, I had to shift my focus to wedding planning. Fall is a bit of a blur since it was spent settling into our house and preparing for our wedding. I know I stuffed gift bags while watching football but that’s about it. 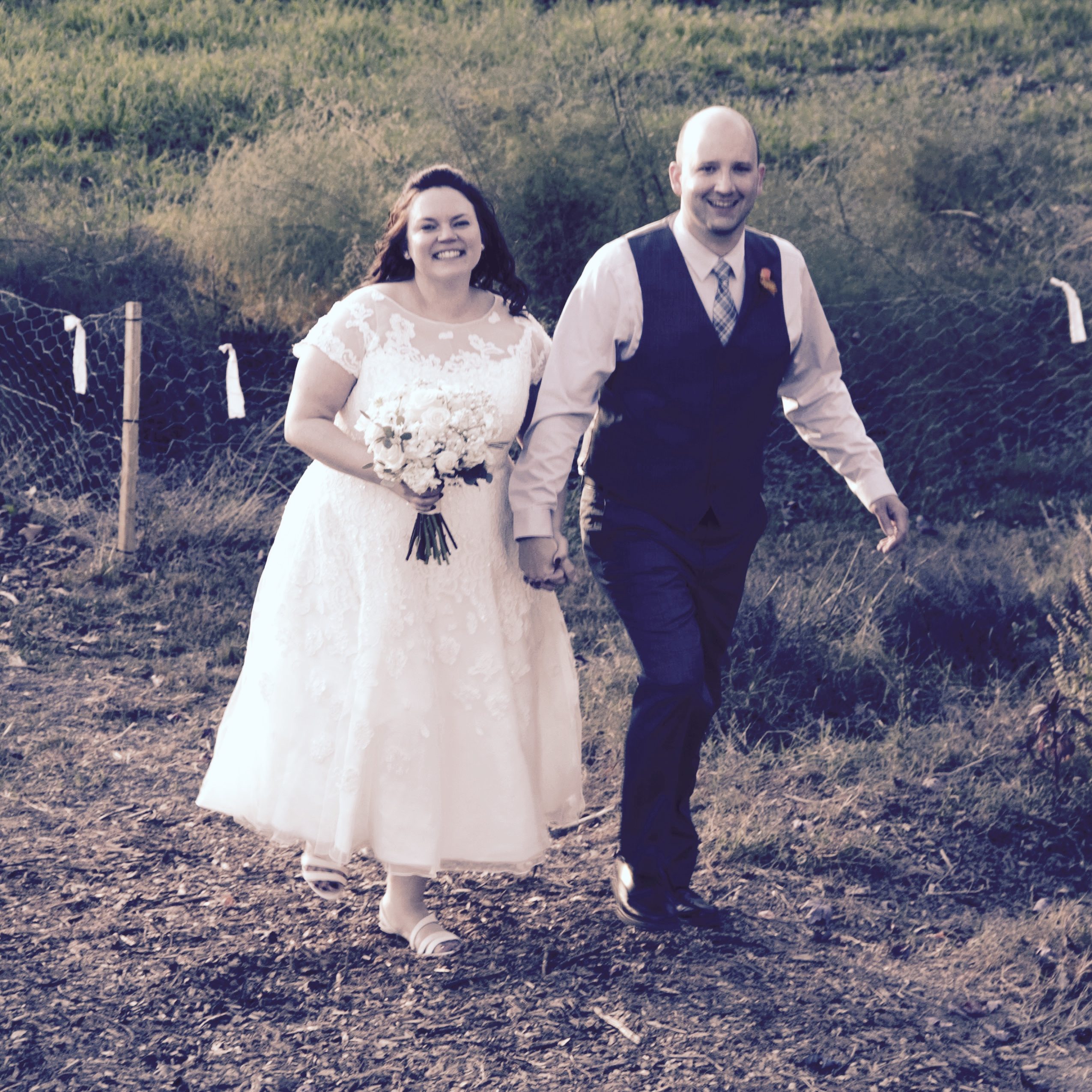 In November, we had a wonderful wedding weekend with all of our family. I’m so thankful everyone made the trip. It was a great family reunion and so special that everyone came together for us. I knew our wedding wouldn’t be perfect but I knew it would be nice. In classic Courtney, I ran out of time to do my make-up, threw some nail polish on my toes while wearing my wedding dress, and ended up wearing my black hair band on my wrist for almost all of the pictures and down the aisle. Good grief.

As I write this in December, I can say that everyone who thought we were crazy for moving and marrying in the same year were right. We are exhausted and taking some much needed time to rest. 2016 was stressful but full. 2017 is right around the corner and I am ready.

POSTED IN: Looking Back
TAGGED: